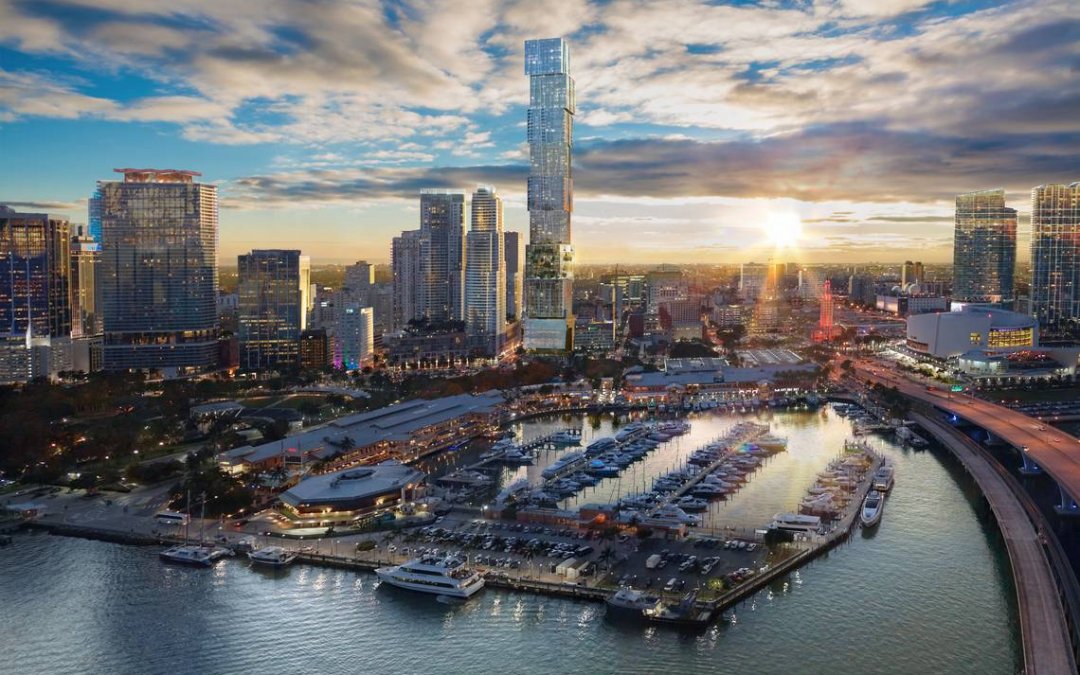 BY RENE RODRIGUEZ  THE MIAMI HERALD

A new skyscraper will radically change downtown Miami’s iconic skyline — and introduce the city to one of the most famous luxury hotel brands in the world.

The Waldorf Astoria Hotel and Residences Miami, to be located at 300 Biscayne Boulevard, will mark the debut of the Waldorf Astoria brand in Miami. The company, which is owned by Hilton Hotels, operates 30 properties worldwide, including two in Boca Raton, two in Key West and one in Orlando.

Designed by the Miami firm Sieger Suarez Architects, the skyscraper will resemble a pile of unevenly stacked glass cubes. The building is projected to reach 1,049 feet in height, making it one of the tallest in Florida. The current titleholder is the Panorama Tower in Brickell, which stands 868 feet tall.

The project is a joint venture between the New York-based Property Markets Group (PMG), Toronto’s Greybrook Realty Partners and the Miami-based S2 Development.

“We are thrilled to bring the rich history and heritage of this hotel brand to Miami,” said PMG principal Ryan Shear in a press release. “The city continues to thrive as a top global destination with increasing arts, culture, tourism, fashion and luxury brands. This partnership is a major milestone for Miami’s real estate and hospitality industries.”

The exact number of units and price ranges in the new building are still to be determined, but according to a Bloomberg report, the project will include 140 hotel rooms and 400 condos. Pre-sales on the project aren’t scheduled to begin until late 2019. Total sales are expected to be over $1 billion.